The area around Keila railway station

There was already a detailed plan covering the entire area with various possibilities considered. When we began the design process, we were still sceptical about if and how people would adopt it. With the new solution, we came to change considerably everybody’s habits that people had not even thought about before. The main question we heard was, “Does it mean that we cannot park our cars on Jaama Square anymore?” Now, however, the given concerns and also memories of the old derelict marketplace are clearly forgotten. The cooperation with the architects was very constructive and the process of implementing the new vision was a good challenge for us as well. Local people are very happy with the solution and if the area used to be an embarrassing eyesore of the town, people now even travel miles to admire it.
Timo Suslov, Deputy Mayor of Keila

Keila railway station is like the second town centre bringing together many people, and even people who never meet in the virtual social media come to see each other here in passing. The area around the railway station was primarily a place to pass quickly on one’s way to a shop, train or home. The only thing forcing people to slow down in this hasty space was perhaps the Memento memorial. Various means of transport were to be considered in designing the new environment: cyclists, pedestrians, people travelling by bus or by car, visitors of the café or Memento memorial. Our approach in designing the railway station area was to promote cycling as much as possible and to make sure there are plenty of bike racks also in the future.

Also the square in front of the station underwent considerable changes: the area previously dominated by cars is now designed as a square and given to pedestrian use. The aim of the greenery is to celebrate the change of seasons (spring flowers and trees in bloom in springtime, summer flowers in summer etc) and create spatial features and emotions with various layers. 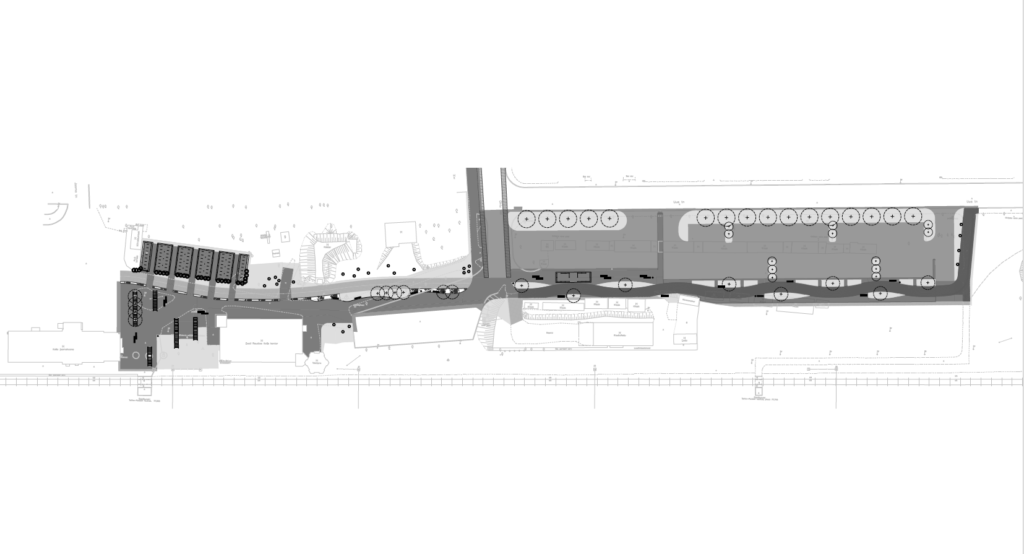