For years already, Tartu City Government has been renowned for their activity in creating friendlier and more versatile public spaces encouraging various forms of mobility. An important aspect here is their wish to look for a dialogue between the local residents, city government, architects and builders. It has resulted in outdoor areas that appear enriching and uniform despite being constructed at different times.

The memorial square to Lydia Koidula and Johann Voldemar Jannsen nominated for the award is one part of the integrated whole established along the river. The renovated Arch Bridge with sound installations, the precise pedestrian breakthrough under the bridge along the river and the dialogue-prone memorial square with its platform extending above the river are all highly meticulous moves resulting in a needs-based urban space in the spirit of Tartu.

Working as the city architect of Tartu since 2012, Tõnis Arjus together with his colleagues at the city government has been standing by the meaningful development of the public space in Tartu.

I remember saying at my job interview that we as public officials have the possibility to deal with the public space – it is perhaps possible to curate the housing construction to some extent, but the public space can be directed by us. The response to that was that I should not worry about that, the streets and squares are the responsibility of the Department of Communal Services! My main work in the past seven years has been to increase the role of various departments in spatial design and this has been successful. One tangible vision document is the comprehensive plan of the city centre that was initiated when I started in the position and approved in 2016, the given process was highly wide-ranging and fierce. We were led to the instigation by the perception that the city centre was in danger – well-known tendencies such as suburbanisation and the transfer of services to the shopping centre Lõunakeskus or a similar one. The battle has not ended to this day, however, in our vision the city centre should be densified, the former scars of war partially reconstructed, as many various services as possible brought to the centre and also new jobs and housing established here. It was important to consider the architectural form in which we intend to densify the city and thus, for instance, we set a 6-storey height restriction in the centre that may be added particular accents in case it has been convincingly solved in the architecture competition entry. It naturally required a lot of explanation and without the help of the people at the city government at the time, we would never have completed it. The other important issue was architecture competitions. We managed to make the conditions clearer and with each year there has been less and less need to explain the necessity for competitions. The fact that developers now come to us with the idea to organise a competition shows that if the previous property boom was built on speed, then in the current boom, quality has come to play an important role.

And one other thing, developers could take time to think for a moment if they should place the curb stone back exactly how it was or perhaps they could do something differently. Let’s take it all up, install the pipes and place everything back as it was? Perhaps we could improve something with the same money? You don’t come across this kind of thinking in our country very often and the general spatial culture requires a lot of advocacy action.

The aim of planning is not to fix what we have but to shape the future. For instance, according to Martin Heidegger’s “The Question Concerning Technology”, the greatest risk of technology is not that you cut your finger but that you implement it at a time when you are not yet aware of the possible threats. The real problem in planning is that our activity is based on convictions that were adequate 50 years ago and today we are increasingly farther from the real truth. If we do not start to think more globally and act more locally, we will not plan but merely react to the negative trends of the society. Mobility is here the recurrent issue – motorisation is growing everywhere, also in Tartu, and this can be stopped only by smart planning. However, the new standards for the streets increase the norms for parking spaces promoting motorisation and obstructing the densification of the city as more and more space is taken up by cars. 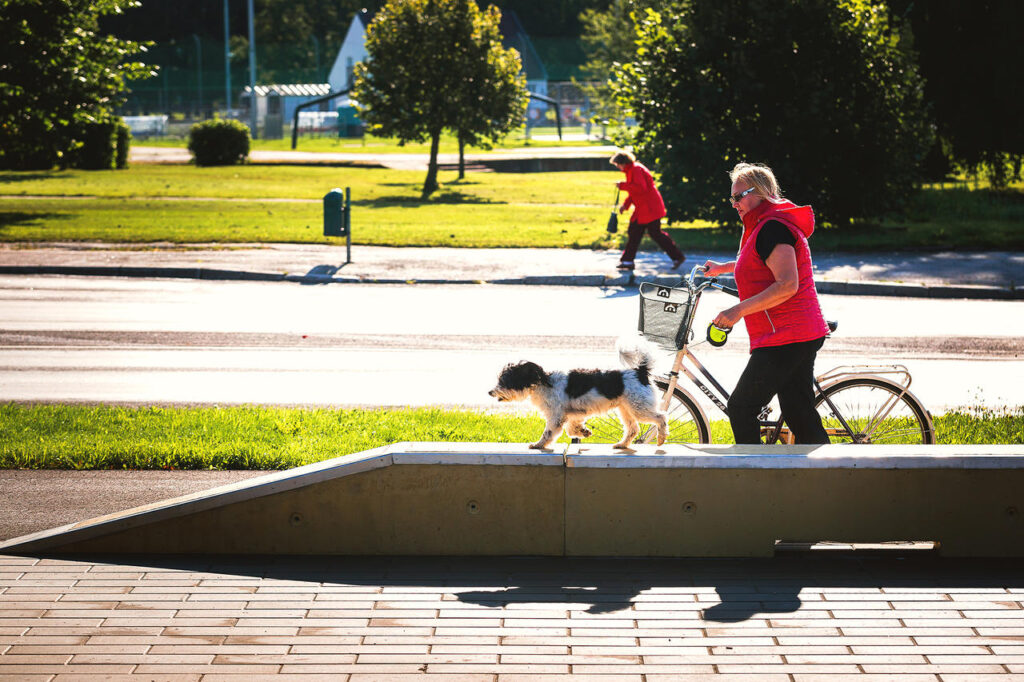