The other runner-up as a totality is the small cottage near Tallinn. It has a very nice way of organizing spaces. Interior, exterior and the space between the houses. When you are in your summer cottage you want to use the exterior space a lot and that was well understood by the architects so that it is almost the main space. The sauna is also very positive.

The idea of a modular space has probably always been a part of building culture. KUU has given the Estonian archetypal koda a contemporary twist and adapted it to the requirements of modern lifestyle. In addition to the material (timber), the original features include also the “skylight to the universe” – if the aim of the roof opening in the ancient koda was to let out the smoke from the fireplace, then in the contemporary cottage its main function is to catch the Nordic light and make the interior seem more spacious. The architecture of the cottage in Muraste is unpretentious but charming in its simplicity.
Carl-Dag Lige, architecture historian 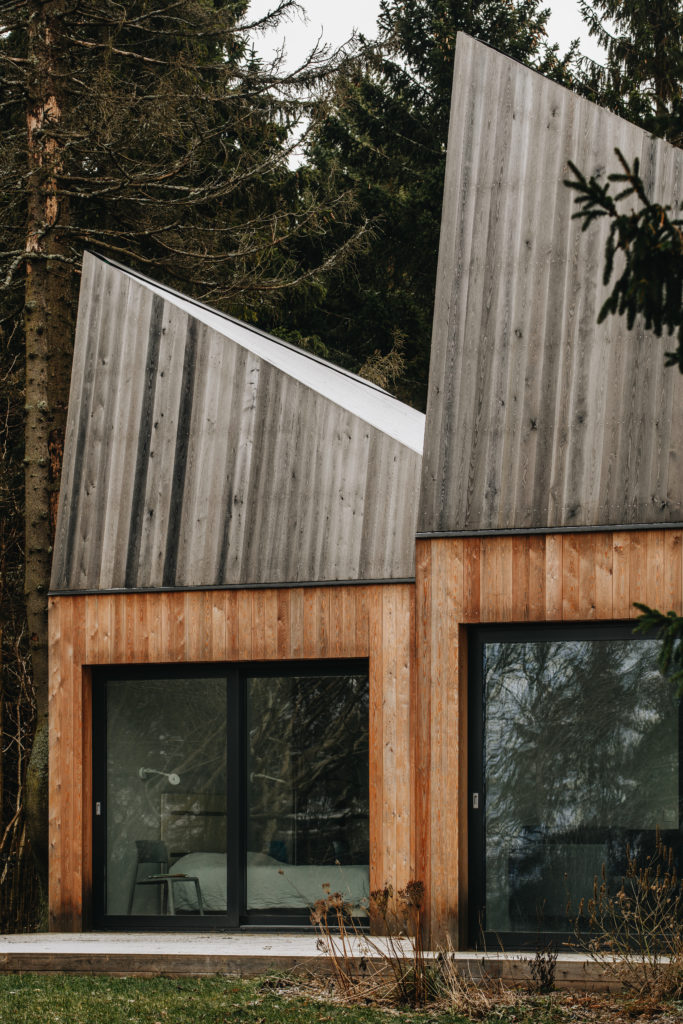 Estonians are historically known as “the forest people”. Our timber construction traditions date back to the 3rd millennium BC with our first reported timber building – koda (tepee). Through customs and traditions, the given archaic dwelling unit marked by simple architecture laid the foundation for a complex ethos that could be called the soul of the Estonian identity.

Koda is one of the oldest Estonian words originally meaning “a place for living” and linguistically close to the words kodu (“home”) and koht (“place”). The archetypal koda in its original form is used to this day although its basic functions have changed. Over time, completely new types of koda have appeared with new form and function (places for making music, doing metalwork, worshipping etc) all illustrating how deeply it has rooted in our culture.

The given project is based on an archetypal koda which has been modernised in form and function. The cottage in Muraste consists of three units: the living room, bedroom and sauna. The living room and bedroom units are connected while the sauna unit remains separate. The three units are joined by a terrace creating new possibilities for other “outdoor nests” between the building volumes. The buildings open in the north and south. The northern side is overlooking the forest and the sea while the southern side gets the sunlight. The skylights also catch the southern sun thus creating an interesting play of light on the ceiling at different times of the day. The walls and roof of the living room and bedroom units are finished with natural larch cladding and the sauna unit with painted fir. 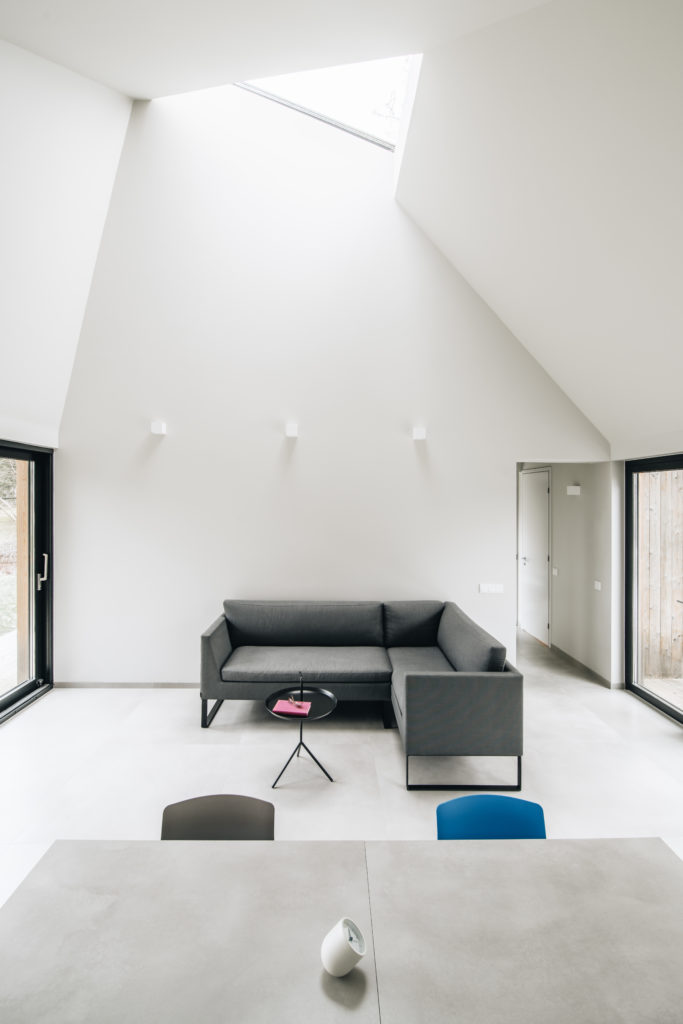